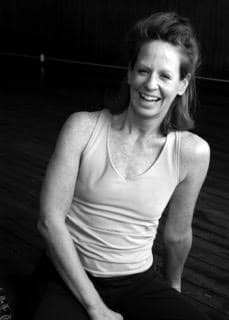 Yoga was the expansive experience she had been yearning for to encounter spirit through the body.

After taking her first yoga class in 1997, Leigh Ann was "hooked!" For her, Yoga was the expansive experience she had been yearning for to encounter spirit through the body. At the time, Leigh Ann was Artistic Director for add dance, a professional contemporary dance company based in Asheville, NC. Having danced all her life, yoga seemed like a natural progression for her and ended up becoming not only a personal practice for her, but a lifestyle that she has committed her life to sharing with others.

In 2001, after completing her first year long teacher training, she felt called to open Brightwater Yoga in the basement of her home in Hendersonville, NC just 6 months after the birth of her first daughter. The studio moved to its beautiful location in downtown Hendersonville just four years later in 2005 where it continues to grow and flourish. In 2012, Leigh Ann sold the studio so that she could focus fully on teaching yoga both here and abroad. In 2013, Dharma Yoga Teacher Training was born through collaboration with fellow yoga teacher and dear friend, Vicki Beilharz, and a dream was realized. Together, they created an amazing opportunity for students to learn, in depth, about the invaluable benefits of yoga practice and to, upon completion of the program, begin teaching others to do the same with a 200 hour RYT Certification. They graduated their first group of lucky students in 2013 and just a second wonderful group in October 2015. Leigh Ann and her family moved to Wilmington, NC in July of 2015 and she is currently honored to be offering classes at Salty Dog Yoga and Surf in Carolina Beach, NC and is co-facilitator for the Mountains to Sea 300hr Advanced Teacher Training at Carolina Beach. As a teacher, Leigh Ann's enthusiasm and passion are infectious and her knowledge and clarity are reassuring to students of all ages and levels. She wholeheartedly believes that yoga is a personal journey that cannot be adequately described in words but, rather has to be experienced to be understood. her mission is to create a space for students to encounter themselves with compassion and awareness, and to give them the opportunity to find their edge allowing them to step a little closer to freedom and to go beyond resistance into an acceptance they may have never realized was there. It is her honor to remind them that they already possess the tools. "I know it's a good class when students don't immediately jump up to leave, but instead sit and savor the experience they have just had."

Schedule a Private Session
back to about

Thanks for subscribing
Oops! Something went wrong while submitting the form.
* No spam, only high-quality curated content.